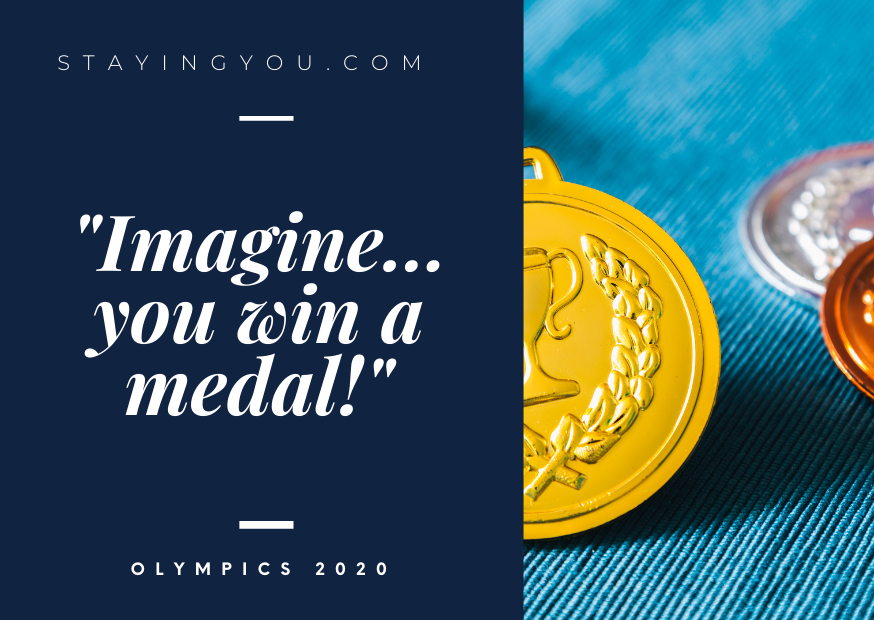 Songs that matter to you (or not) — Imagine — John Lennon

Imagine… you win a medal!

With over eleven thousand athletes and 339 events in 33 sports (50 disciplines) all competing for that one gold medal.

“And then you’re on the podium. At that point it’s such a surreal experience to hear your own national anthem and see your flag go up. A lot of swimmers can’t wrap their minds [around it]. For me it took about a week — that’s when it really sunk in.” — Cullen Jones, 32, two-time gold medalist and the first African-American male to hold a world record in swimming (source: Insider)

The Olympic Games is a quadrennial international multi-sport event celebrated as a global sports festival by people all over the world. They hold the Olympic Games in both the summer and winter, with the goal of cultivating people and world peace through sports.

The International Olympic Committee decided upon the change with the new motto being, “Faster, Higher, Stronger — Together.” The specific motto for the Tokyo games remains unchanged, “United by Emotion.”

It’s the first time the motto has changed since the inception of the modern Olympics back in 1894.

“Yes, it is very different from what all of us had imagined,” he said during the ceremony. “But let us cherish this moment because finally we are all here together.” — Thomas Bach, president of the International Olympic Committee (IOC).

Not the first time…

Fifty years ago, in the spring of 1971, John Lennon and Yoko Ono co-wrote the critically acclaimed anthem ‘Imagine’.

Reimagined for the Tokyo 2020 Opening Ceremony by the legendary composer Hans Zimmer, the song was performed by singing superstars John Legend and Keith Urban, alongside the Suginami Junior Chorus, Alejandro Sanz, Angélique Kidjo, Mike Knobloch and the drummers of TAIKOPROJECT.

For those that can’t get enough of this song, here is the latest one from Tokyo.