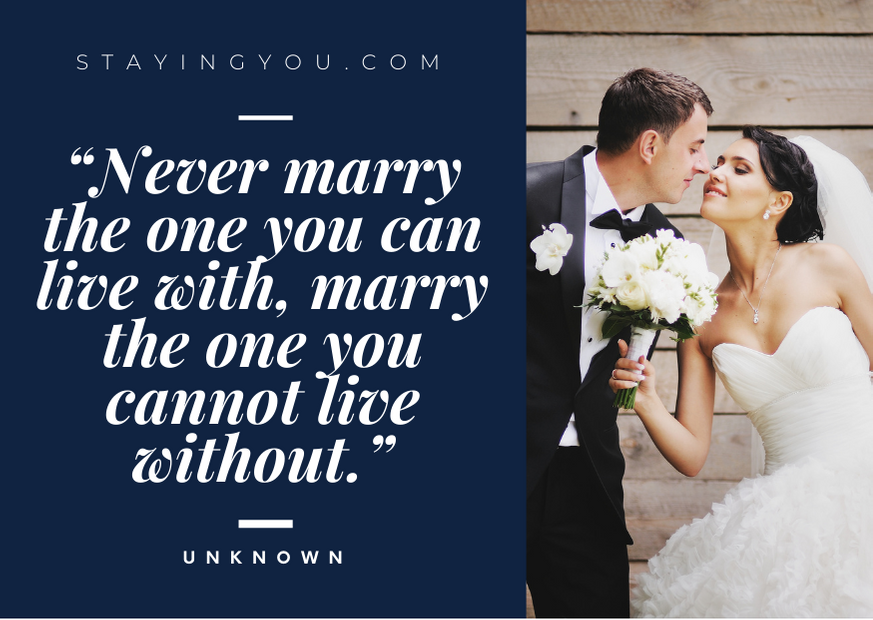 Will we be together, will it be now and forever?

I, ____, take you, ____, to be my wife (or husband), to have and to hold from this day forward, for better, for worse, for richer, for poorer, in sickness and in health, to love and to cherish, till death us do part, according to God’s holy law, and this is my solemn vow.

If you married, you might recognize these words or even used them when you stood in front of your family and friends pledging to spend the rest of your life with the one next to you.

While the marriage is like the start of a fairytale, the years after might not be so, not all couples stay together for the rest of their life.

The UN in its overview of global marriage patterns notes that there is a general upward trend: “at the world level, the proportion of adults aged 35–39 who are divorced or separated has doubled, passing from 2% in the 1970s to 4% in the 2000s.”

Because of the COVID-19 pandemic and varying states of lockdowns all over the United States and the World, we may be in for the largest single-year increase in divorce in decades.

Relationships breaking up due lockdowns, financial strains, but what worries me most is due domestic violence according to different reports.

Did those vows spoke by you just faded away as time passed by?

Now staying together for the wrong reasons won’t work either.

My marriage broke up 18 years ago, too.

The first 6 months after were like hell to me.

Trying to figure out where we went wrong, attempting to get her back.

It changed me as a man, looking at marriage differently.

Will I ever get married again? I don’t know…

The origins of marriage

According to The Week, the origin of marriage dates back about 4,350 years.

As hunter-gatherers settled down into agrarian civilizations, society had a need for more stable arrangements. The first recorded evidence of marriage ceremonies uniting one woman and one man dates from about 2350 B.C., in Mesopotamia. Over the next several hundred years, marriage developed into a widespread institution embraced by the ancient Hebrews, Greeks, and Romans. But back then, marriage had little to do with love or with religion.

As the Roman Catholic Church became a powerful institution in Europe, the blessings of a priest became a necessary step for a marriage to be legally recognized. By the eighth century, it widely accepted marriage in the Catholic church as a sacrament, or a ceremony to give God’s grace. At the Council of Trent in 1563, the sacramental nature of marriage was written into canon law.

Gay marriage is rare in history — but not unknown. The Roman emperor Nero, who ruled from A.D. 54 to 68, twice married men in formal wedding ceremonies, and forced the Imperial Court to treat them as his wives.

A miracle, the moment that I caught your eye, a miracle

As the song goes…

All that we can do. Trust in me and you.
There will never be another
There’s no reason to think twice
’Cause there is something in your eyes

It does not stop there…

A marriage only stands the test of times when both you and your spouse work towards making things better. And I test us the most when we face adversities. If you can sail through the adversities as one, as a team you will have a marriage full of blessings.